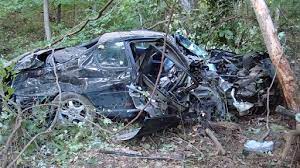 Troopers say the incident happened around 1:30 p.m. near milepost 76 on I-29, just two miles south of Argusville. 53-year-old Teresa Fassino was traveling northbound when her Trailblazer crossed the center line and side-swiped the driver’s side of a Freighliner.

The report then says Fassino overcorrected and entered the median, with her car coming to a rest in the left lane of I-29 southbound.

The vehicle was totaled, and Fassino had to be extracted from the car by Harwood Fire. The Gardner, North Dakota native suffered serious, but non-life-threatening injuries and was transported to Sanford in Fargo.

The Freighliner originally struck had minor damage and the driver, 37-year-old Harpeet Shergill, was not hurt.

Fassino was charged with DUI and possession of an open container of alcohol.

The crash does remain under investigation.