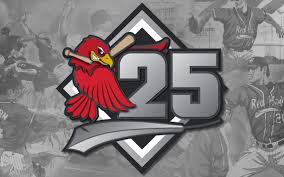 FARGO, N.D   – Leobaldo Pina hit two home runs, including the first inside-the-park home run at Newman Outdoor Field since 2018, and drove in three runs to guide the Fargo-Moorhead RedHawks (26-28) to a series-clinching 8-6 win over the Sioux Falls Canaries (28-25) in front of 1,361 fans at Newman Outdoor Field in the regular season home finale.

Sioux Falls jumped out to the early advantage on Thursday night, scoring three runs in the first two innings to take an early 2-1 lead. Fargo-Moorhead came back to score four runs in the third inning, including the two-run inside-the-park home run off the bat of Leo Pina.

Fargo-Moorhead added a run in the fourth and two more in the fifth to take an 8-4 lead that lasted until the ninth inning. Bradin Hagens (4-3, 3.48 ERA) held the Canaries to four runs (two earned) on seven hits in 7.1 innings pitched tonight to pick up his fourth win of the season.

Ryan Flores (0-0, 4.69 ERA) retired two batters to bridge the gap between Hagens leaving in the eighth and Tyler Wilson (1-2, 5.40 ERA) coming on to pitch the ninth inning. Wilson gave up a two-run home run to Andrew Ely, but limited the damage to just the one hit in sealing the victory. Ely hit two home runs and drove in three runs for the Canaries tonight.

With the win, the RedHawks move to 26-28 on the year and are now tied for third place in the American Association standings with the Winnipeg Goldeyes and St. Paul Saints. All three teams are five games back of the Milwaukee Milkmen and 2.5 games behind the Canaries for the second playoff spot.

The RedHawks will head to Milwaukee next and begin a three-game series with the Milkmen on Friday night at Franklin Field. Milwaukee holds the advantage in the season series with the RedHawks, winning four of six games between the two clubs so far in the 2020 season. First pitch for Friday’s opener is slated for 6:35 p.m.