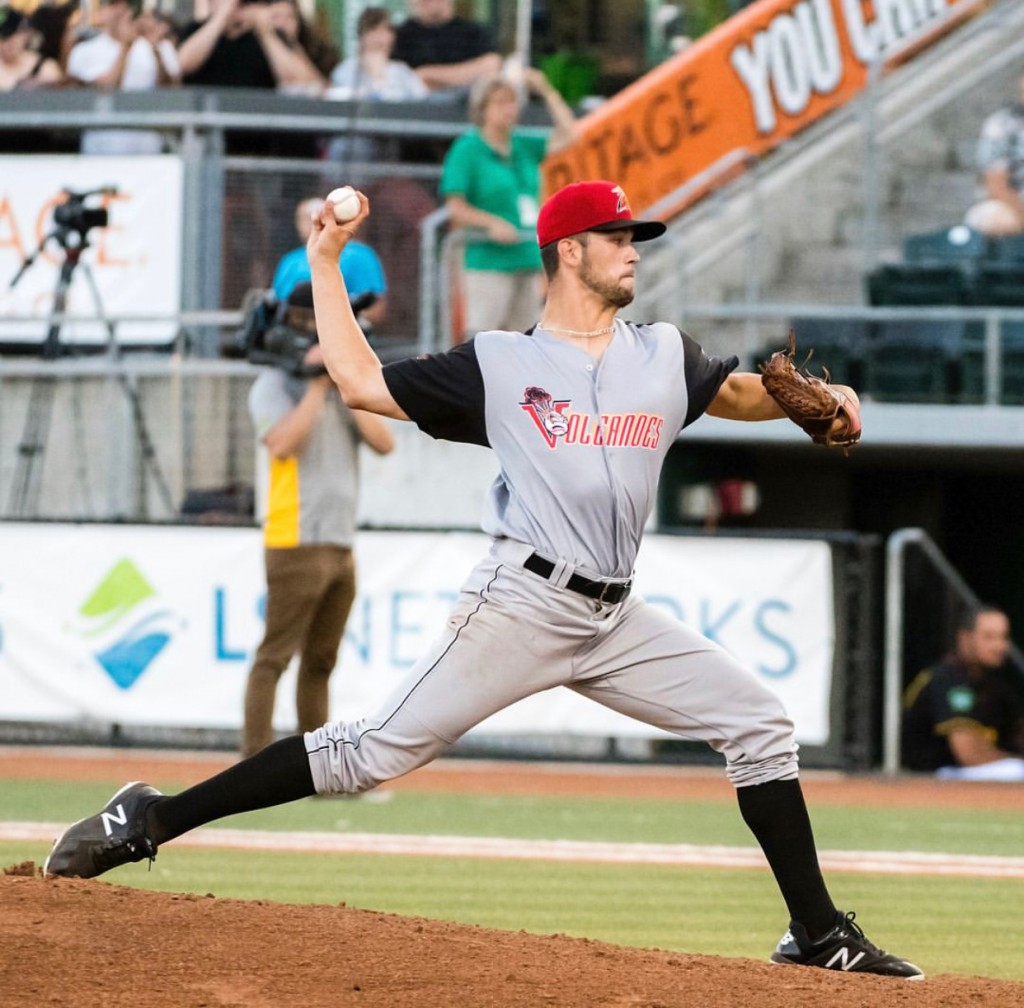 FARGO, N.D.  – (RedHawks PR) Leobaldo Pina crushed a grand slam in the first inning of Tuesday night’s matchup with the Sioux Falls Canaries (27-24) to power the Fargo-Moorhead RedHawks (25-27) to a series-opening 7-3 win in front of 1,021 fans at Newman Outdoor Field. Fargo-Moorhead extended its winning streak to eight games with the victory, and starter Kevin McGovern (2-1, 4.78 ERA) earned his first win with the RedHawks in his third appearance for the club.

Fargo-Moorhead extended its lead to six runs after two innings and held the Canaries scoreless until the fourth, when a Clint Coulter two-run home run got the visitors on the board. Another run for the RedHawks in the fifth made it 7-2, and Sioux Falls only managed one more run, in the sixth inning.

McGovern did all that was asked of him tonight, limiting the Canaries to three runs on four hits in 5.1 innings pitched to earn the victory. Ryan Williams relieved McGovern in the sixth and held the visitors scoreless with just three hits to earn his first save of the season.

The F-M win snapped a three-game winning streak for Sioux Falls and continued the RedHawks’ climb up the standings. With Milwaukee’s win over St. Paul tonight, Fargo-Moorhead is now tied for fourth place in the American Association standings with the Saints (25-27). The RedHawks are five games behind Milwaukee for first place, two-and-a-half games behind Sioux Falls for the second playoff spot, and a half game back of Winnipeg (25-26) for third place.

The RedHawks and Canaries will continue their three-game series at Newman Outdoor Field on Wednesday night. LHP John Anderson (2-2, 2.92 ERA) is scheduled to start for the RedHawks against RHP Tyler Herron (7-1, 5.06 ERA) for the Canaries. First pitch is slated for 7:02 p.m.

Bison coach calls Radunz a one-in-a-million player, said other teams tried to get him to transfer