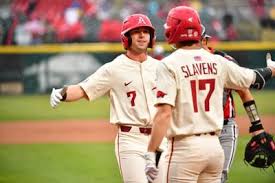 Bradin Hagens got the win behind a nine strikeout performance. Hagens currently leads the American Association in strikeouts with 30.

The RedHawks bats got going in the third behind a solo home run from Brandon Kelly. F-M followed that up with a four-run fourth inning.

Both teams are back at it on Wednesday night with first pitch at 7:02 p.m.