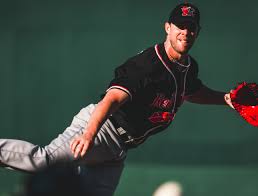 FARGO, N.D — After winning game of the four-game series on Tuesday, the Fargo-Moorhead RedHawks dropped the last three games to the Winnipeg Goldeyes after a 4-3 loss on Thursday night at Newman Outdoor Field.

RedHawks had the early 1-0 lead and the game was tied at 2 after the fifth. Despite a run in the ninth inning by F-M, they ended up falling short after runs in the seventh and eighth from the Goldeyes.

F-M welcomes the Chicago Dogs for a three-game set this weekend.