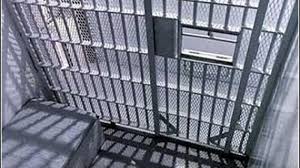 Authorities have identified an inmate of the Cass County Jail in Fargo who died while in custody.

The Cass County Sheriff’s Office says Luke Laducer, 41, died on Friday after experiencing a medical emergency while deputies were serving evening meals. Live saving measures by deputies and others were unsuccessful.

Laducer had been booked into the jail about 3 a.m. Friday.

The cause of Laducer’s death remains under investigation. No further information has been released.