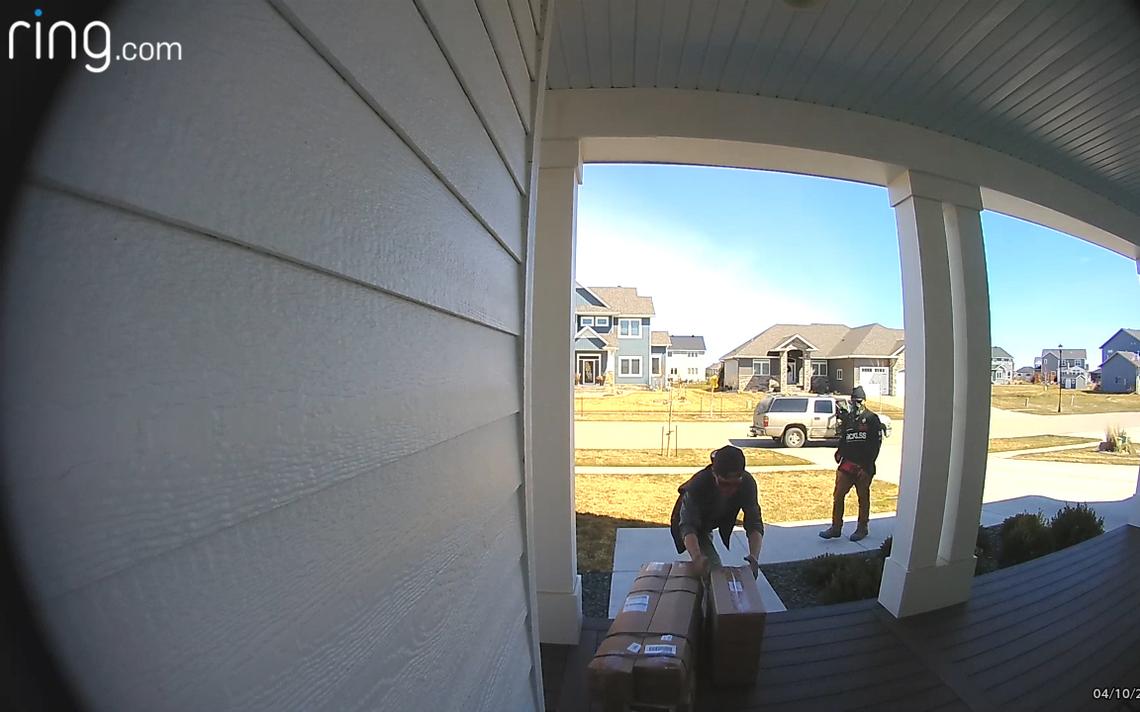 A woman in South Fargo experienced a bizarre case of Porch Piracy over the weekend. Emily Meyer says that a stranger walked up to her home on 15th St. S and took the package waiting by the door. That’s where things get interesting. Meyer says they replaced her stolen package with a different box, which belonged to a different Fargo resident, who also had a package stolen.

“We live in a pretty quiet, pretty secure, small neighborhood.” said Meyer, “So our neighbors are looking out for us, but it takes like two minutes for something like this to happen.”

This ring doorbell footage from Meyer shows the Porch Pirate appears to show the person grabbing the package, putting it into a grocery bag, and then replacing it with another before heading back to their car. The Fargo Police are currently investigating the incident.

Meyer said that they “don’t know if we’ll ever get that gift back. I’m not hopeful. But I hope that people that see things like this happening will take action”

The strangeness doesn’t end there. Meyer says that a short time later, a child came up to the door with the original package. The gift she bought for her son was missing and replaced with frozen food.

“I honestly don’t think that the people who dropped the box off were part of the original theft.” Meyer said, “I think they were trying to do the right thing and take the box back where it came from.”

Meyer says that this incident is causing them to re-think getting packages delivered to their home.

“My husband and I talked about getting a box at the UPS store or something like that where we can get our packages delivered to an actual facility.” Meyer explained.

This incident is being investigated by Fargo Police, if you have any information on this Porch Piracy you are urged to contact them.
Related Topics:
Up Next