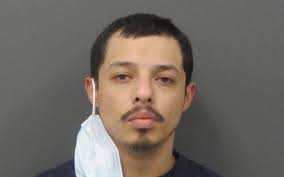 A man arrested for attempted murder reportedly called his victim over the phone and told him a minute before driving over him, “I’m gonna f****** kill you.”

Jason Michael Anderson, 44, of Fargo is scheduled to appear in Cass County District Court on Thursday, according to court staff.

Court documents state witnesses and surveillance video saw the victim walking across the mall’s parking lot before being struck by Anderson’s vehicle.

The victim fell to the ground and while he was trying to get back up, Anderson accelerated and drove over him, according to court documents.

Anderson reportedly got out the car, and punched and kicked the man several times, including to the head.

Police said Anderson admitted to striking the man with his car and then beating him.

The victim told investigators Anderson called him 60 seconds before running him over that he was going to kill him.

The man is at the hospital in stable condition with multiple serious injuries, according to court documents.

Anderson is in the Cass County Jail on attempted murder charges.