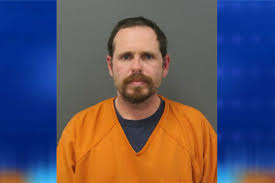 MOORHEAD — A Moorhead man faces up to 10 years in prison after police said he stabbed another man who had touched his sex doll.

Police responded after 9 p.m. Tuesday to Gilbert’s apartment in the 200 block of 17th Street South in Moorhead, according to court documents.

According to the complaint:

The unidentified victim had been in Gilbert’s room earlier and had covered Gilbert’s sex doll with a blanket. When Gilbert returned, the two got into an argument, but the victim went outside to smoke.

The victim started pounding on Gilbert’s locked door and tried to unlock it. Gilbert then opened the door to his apartment, and the two got into a fight.

Gilbert pinned the other man to the ground, punched him in the face and slashed his hands and face, the complaint alleged.

Police said the alleged victim, who was bleeding badly, was intoxicated when they spoke with him, according to the complaint. He was taken to a hospital where he was treated for injuries.

Gilbert is being held at the Clay County jail on $40,000 bond. An attorney for Gilbert was not listed in court records as of Thursday afternoon.