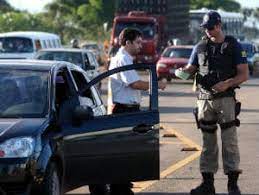 FARGO, N.D.  – (UPDATE)– Fargo Police say they are still investigating this incident. At this time, they have not found any evidence that proves the events below occurred. Anyone with information should give them a call.

(ORIGINAL)– Fargo Police say around 7:30 Friday night, they responded to a disturbance call in the area of 7th St. N. and 1st Ave. A male witness told police he intervened in a disturbance between a man and a woman.

Police say after the witness intervened, the male suspect left on foot, but came back to the area driving a dark sedan. Police also say the man held a handgun and ordered the woman to get inside the vehicle, in which she did.

Fargo Police ask for anyone that has any further information regarding this incident, to either call 911 or the non-emergent line at 701-235-4493.

2 killed, 13 wounded at party on Chicago’s South Side

Fargo Police: Investigators unable to confirm whether woman was abducted at gunpoint