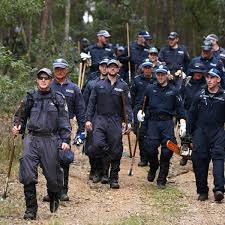 Authorities say officers responded to a report of a stolen vehicle in the Riviera Heights mobile home park about 12:30 a.m. Tuesday. The driver fled with a female passenger as officers arrived to investigate.

Sgt. Jerrod Wagner said that as officers searched for the vehicle, they heard a woman screaming for help in some woods not far from where the vehicle had been stolen.

Police called in the fire department’s drone to do an aerial search, but found no trace of the woman, the male driver or stolen vehicle.

One injured in crash on I-29 in Fargo

Belcourt Man Gets Life For Sexual Abuse Of Two Children