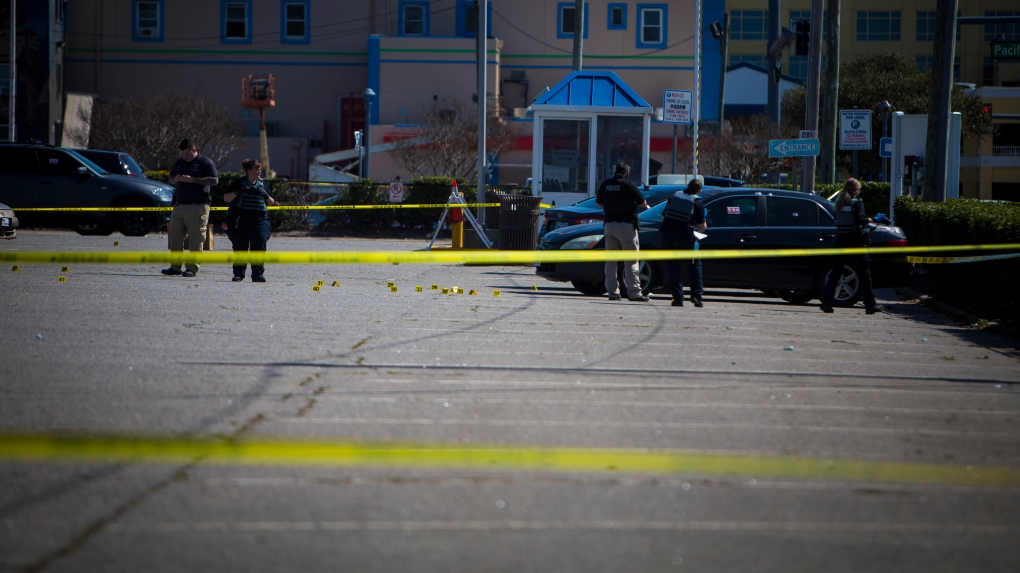 Police said in a statement Saturday that three men ranging in age from 18 to 22 were arrested and face charges stemming from the shootings.

The wounded were shot late Friday and their conditions ranged from serious to life-threatening.

One woman died at the scene of a gunshot wound and an officer who was struck by a vehicle suffered minor injuries.

Police say the woman who died was likely an innocent bystander, while the other person was killed by a police officer. It was not clear if the man was armed and the officer’s body camera was not activated at the time of the shooting.

Investigators believe the first shooting stemmed from a fight involving a group of people.

Police initially said an officer “encountered an armed citizen” and fatally shot him. Authorities later said a firearm was found “in the vicinity” of the shooting.