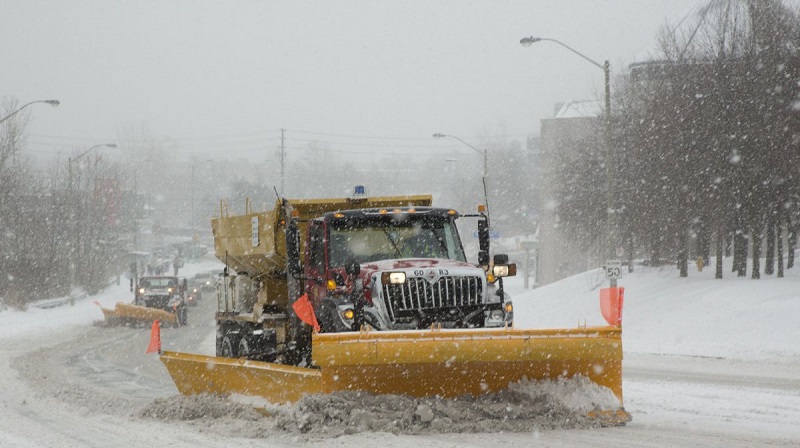 Bismarck, North Dakota – Last Wednesday began with Freezing Rain, followed by a Blizzard on Thursday, and then sporadic snow showers over the weekend.

However, the city claims that by tomorrow at noon, they hope to have every residential neighborhood plowed.

According to a news statement from the city of Bismarck, workers finished removing snow from busy and emergency streets around 3 p.m. on November 12, a Saturday.

Many of these emergency and important thoroughfares needed to be plowed several times by city employees in order to stay open.

Due to a city rule, most residential streets now require four passes to clean and leave driveways usable.

Doug Wile, the Interim Public Works Director of Bismarck, said, “We did have to stick to our snow emergency routes for an extended period of time, because of the amount of snow we have received and the amount of wind that came with it. We had winds over 30mph for the length of the storm, so combine that with a significant amount of snow. Our highest priority was to keep those emergency routes open, and then also working with emergency services so that they were able to get to where they needed to be during the storm event.”

The seven units that make up the city’s snow response, according to the city, are currently using all of the snow removal tools in the armory, including eight motor graders, nine loaders, and a variety of sanding trucks.

The snowstorm reaction at Bismarck Airport was successful