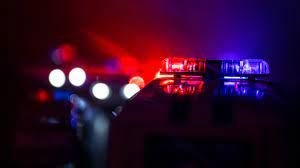 LINTON, ND – A pipe bomb was discovered along a state highway in south-central North Dakota earlier this week.

The highway patrol investigated. The pipe bomb was found by a Department of Transportation employee along Highway 1804 in Emmons County.

The Bismarck Police bomb squad was called to the scene. The patrol has not said whether it has any suspects.

The device was turned over to the Federal Bureau of Alcohol, Tobacco, Firearms and Explosives.