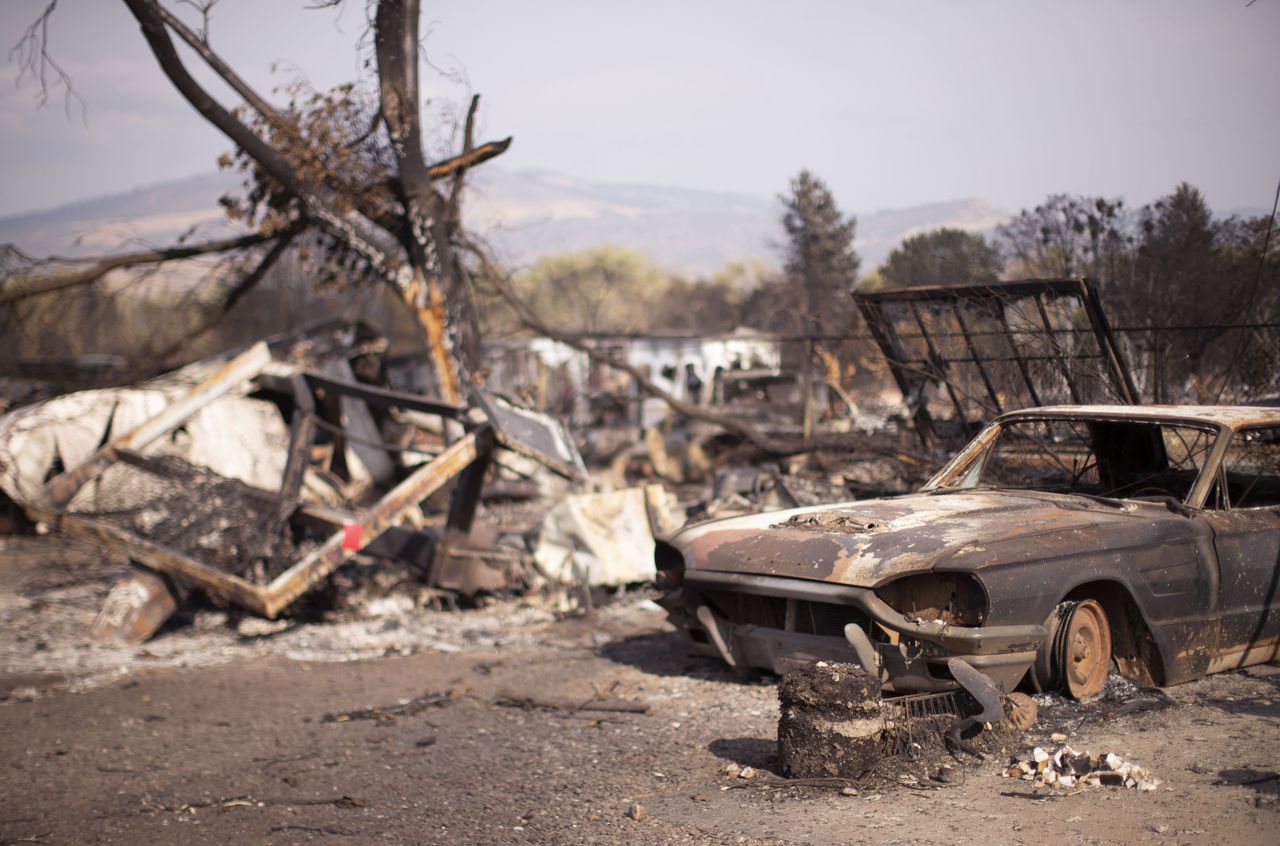 Sept. 15  — Oregon’s governor is seeking additional federal assistance as her state battles the deadly wildfires sweeping the western United States, and local residents pitched in on Tuesday to help the many people displaced by the blazes.

Dozens of wildfires have burned across some 4.5 million acres in California, Oregon and Washington state since August, ravaging several small towns, destroying thousands of homes and killing at least three dozen people.

Oregon Gov. Kate Brown on Monday sent a letter to the White House requesting a Presidential Disaster Declaration following the federal emergency declaration on Sept. 10. The request from the Democratic governor includes a call for additional communications resources, damage-assessment teams, search-and-rescue and debris management, as well as help with shelter and medical assistance.

“Firefighting resources became completely exhausted during this event, and because both California and Washington state are experiencing similar wildfire emergencies, Oregon’s requests for assistance from neighboring states were, for days, going unfilled,” the letter said, explaining the need for further federal resources.

On Monday, President Donald Trump, seeking reelection on Nov. 3, met with firefighters and officials in California. His Democratic challenger Joe Biden branded the Republican president a “climate arsonist” for refusing to acknowledge climate change’s role in the wildfires, while Trump said, “I don’t think science knows.”

Ten deaths have been confirmed during the past week in Oregon, the latest flashpoint in a larger summer outbreak of fires accompanied by lightning storms, heat waves and extreme winds.

The fires have put harmful levels of smoke and soot into the region’s air, painting skies with tones of orange and sepia even as local residents deal with another public health emergency in the coronavirus pandemic.

Cooler, moister weather and calmer winds over the weekend enabled firefighters to gain ground in efforts to outflank blazes that had burned largely unchecked last week. Thunderstorms forecast for later in the week could bring much-needed rain but also more lightning.

As disaster teams scoured the ruins of dwellings engulfed by flames amid chaotic evacuations last week, Oregon’s emergency management authorities said they had yet to account for 22 people reported missing in the fires.

Tens of thousands of displaced residents across the Pacific Northwest continued to adjust to life as evacuees, many of them living out of their cars in parking lots. In some communities, local residents have pitched in to help people displaced by the fires.

Marcus Welch, a food service director and youth soccer coach in the southwestern Oregon city of Phoenix, said he has been helping a group of local high school students run a community donation center to assist a mostly Latino local population whose mobile homes were burned to the ground. About 600 people have come by to pick up donations, Welch added.

The high school students, whose homes were spared from the Almeda Fire, started handing out water bottles in the parking lot of a local Home Depot store last Wednesday and Thursday, Welch said.

“Every day, I hear a sad story. Every day, I hear a family displaced. People are crying because high school kids are giving them food, water. … It’s been a total blessing,” Welch said. “Some people, they lost everything, so we encourage them to take everything they can.”

At least 25 people have perished in California wildfires since mid-August, and one death has been confirmed in Washington state. More than 6,200 homes and other structures have been lost, according to figures from all three states.

Reinforcing local law enforcement resources strained by the disaster, Oregon is deploying as many as 1,000 National Guard troops to fire-stricken communities.

Man accused of threatening to shoot Trump at Rushmore event