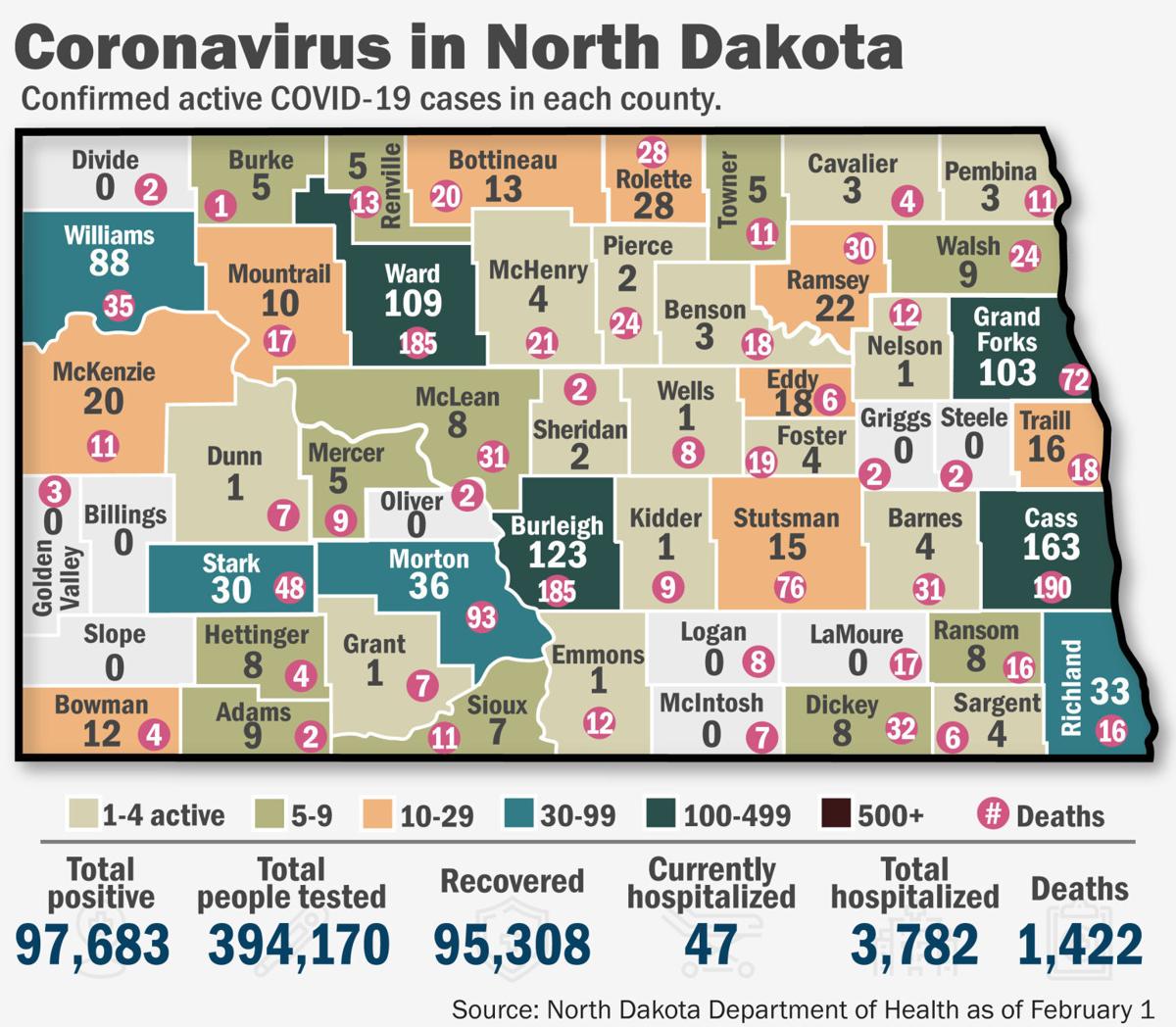 The North Dakota Department of Health on Monday, Dec. 28, reported four deaths from COVID-19, and another drop in active cases.

The deaths reported Monday came mostly from central North Dakota and included two Burleigh County women, one Morton County man and one Ramsey County man, all ranging in age from their 60s to 80s.

The department says 1,270 North Dakotans have died with the virus since March. The state is averaging nearly eight deaths per day in December, marking a drop from November when an average of more than 16 North Dakotans died each day. However, the state has the fourth-highest number of deaths per capita in the country over the course of the pandemic, according to the Centers for Disease Control and Prevention.

At least 768 of the state’s deaths have come in nursing homes and other long-term care facilities. There are 58 infected nursing home residents in the state, down more than 300 from the beginning of the month.

Over the last month and a half, active COVID-19 cases have plummeted from more than 10,000 on Nov. 12. Now, 1,878 North Dakotans are known to be infected with the virus, down 145 from Sunday. Monday’s dip marks the first time since early September that North Dakota has reported fewer than 2,000 active COVID-19 cases. Virus hospitalizations rose by two over the last day, to 108.

The department reported 94 new cases on Monday, including:

Health care workers have begun receiving their first doses of the newly released COVID-19 vaccine, and nursing home residents will be eligible for their first shots next week.

Public health officials have urged North Dakotans to refrain from travel and large gatherings for the Christmas and New Year’s holidays. The state hasn’t seen much of an increase in cases from Thanksgiving, and experts are hoping to avoid a January bump.