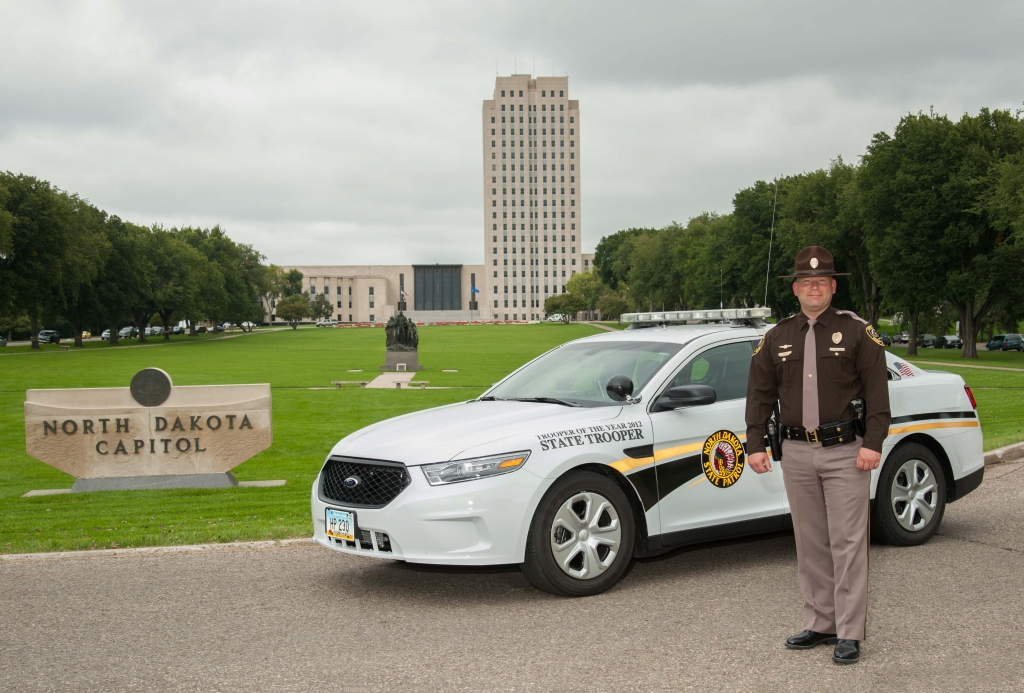 Mlynar serves the northeast region as a traffic enforcement trooper and is stationed in Devils Lake.

He has been a trooper since 2010 and is a canine handler, currently teamed with K9 Castor.

NDMCA’s Trooper of the Year award reflects the trucking industry’s appreciation for enhancing safety for those who depend on the highway for their livelihood.

In a letter nominating him for the award, it was noted Mlynar exemplifies servitude and selflessness and that he demonstrates leadership and dedication to the North Dakota Highway Patrol, his fellow troopers and North Dakota law enforcement.

Mlynar has received numerous commendations over the years, including Lake Region Peace Office of the Year in 2018, recognition from the North Dakota Department of Transportation for enforcement and traffic safety and from the Highway Patrol in recognition for efforts in criminal arrests, drug enforcement and occupant protection, as well as physical fitness.