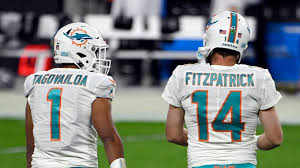 Weah carried 13 times and his 1-yard TD run midway through the third quarter gave the Fighting Hawks a 22-14 lead. Schuster had added two of his three TD passes later in the third to stretch the lead to 37-14. Schuster finished 15-of-23 passing for 118 yards.

C.J. Siegel blindsided quarterback Kare Lyles and forced the Salukis’ third fumble of the first half. Devon Krzanowski scooped up the ball and ran untouched 36 yards into the end zone to give North Dakota a 16-7 lead with 1:39 remaining. Lyles left the game with a rib injury and did not return.

Southern Illinois (1-1, 0-1), which beat Southeast Missouri 20-17 on Oct. 30, hosts North Dakota State on Saturday. Schools which played in the fall will have their results considered in the selection process for the spring championship field.