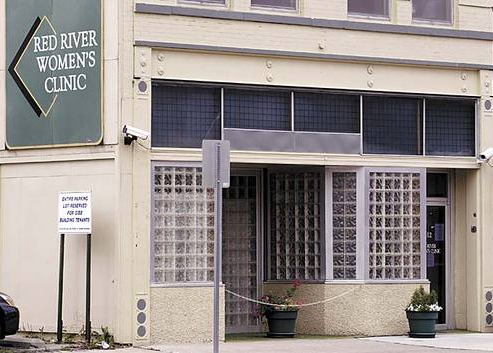 BISMARCK, N.D. — A Republican-led North Dakota Senate panel on Thursday refused to endorse a bill prohibiting new abortion clinics from opening within 30 miles of a school.

The bill, sponsored by two of the Legislature’s most ardent anti-abortion Republican members, also aimed to bar the state’s sole abortion clinic in downtown Fargo from expanding.

The Senate Political Subdivisions Committee voted 5-2 to give the bill a “do-not-pass” recommendation, after some of the panel members worried it would not survive an expensive court challenge. The bill now goes to the full Senate for consideration.

“We have to be smart about what we do,” Stanley GOP Sen. Jordan Kannianen told the panel.

The legislation, if passed, “would clearly be struck down,” said Kannianen, who like other Republicans on the committee said they oppose abortion.

North Dakota passed some of the nation’s toughest abortion laws beginning in 2013, including one that would have banned abortions once a fetal heartbeat can be detected, which can happen before a woman knows she is pregnant. The U.S. Supreme Court’s 1973 ruling legalized abortion until a fetus is considered viable, usually at 22 to 24 weeks.

The fetal heartbeat law never took effect because the state’s lone abortion clinic, the Red River Women’s Clinic in Fargo, successfully challenged it in court. North Dakota spent $326,000 to unsuccessfully defend the law and paid the clinic $245,000 as part of a settlement.

The American Civil Liberties Union and Planned Parenthood did not testify on the bill Thursday but issued statements calling the measure unjustified, unreasonable and very likely unconstitutional.

“This bill is about using arbitrary zoning regulations to make abortion access more difficult, if not impossible,” the ACLU’s statement said. If passed, the bill “would put North Dakota taxpayers on the hook for legal fees associated with litigation.”

The ACLU said it successfully sued to prevent similar laws from taking effect in Alabama and Tennessee.

Heitkamp, who sits on the Political Subdivisions Committee, told fellow panelists that his proposed bill does not “create an undue burden on the right to abortion.”

It would, however, effectively prevent a clinic from being anyplace except in a remote portion of the state and far from any city. And even then, state law requires abortion doctors must have admitting privileges at a hospital located within 30 miles of their clinic.

Bismarck Sen. Erin Oban, the only Democrat on the panel, said it was clear the legislation was aimed at making abortion “unworkable” in the state.

The bill is the second piece of legislation to be rebuffed by Republican-led legislative committees this session.

The House Human Services Committee earlier gave a “do-not-pass” endorsement on a bill that aimed to charge anyone performing an abortion in North Dakota with murder. Rep. Jeff Hoverson’s bill, which is co-sponsored by some of the Legislature’s other most anti-abortion members, also would make it a felony punishable by up to five years in prison to help women get abortions, including by giving them rides to abortion clinics.

The full House has yet to vote on the bill, though Republican leaders said they do not support it.

Increased coronavirus doses on the way to North Dakota