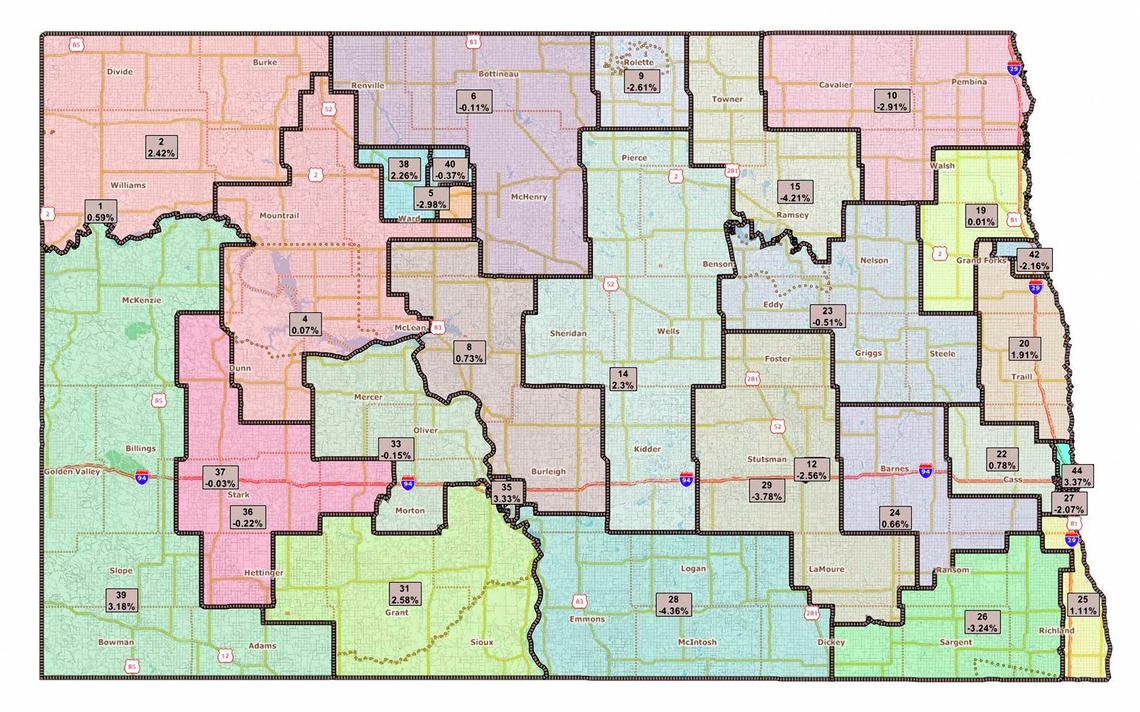 A panel of North Dakota lawmakers will this year begin the job of redrawing the map of legislative districts.

When finished, it will likely show a continued loss of political clout in rural areas due to population shifts in the past decade.  A bill sponsored by Republican legislative leaders would establish a committee of lawmakers who would make an outline for legislative redistricting.

It’s aimed at ensuring that each member of the Legislature represents the same number of people.