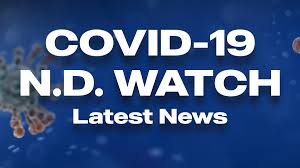 Representatives approved the measure 50-44. The bill also prohibits “making use of a face mask, shield, or covering a condition for entry for education, employment, or services.”

The bill now goes to the Senate.

Bill sponsor GOP Rep. Jeff Hoverson and others argued there was no proof that masks work to slow the spread of the coronavirus and they questioned the government’s role in mandating them.

The state health officer, backed by Gov. Doug Burgum, imposed a mask mandate in November after months of refraining from such an order, hoping to stem a coronavirus surge that had been among the worst in the U.S. and threatened to overwhelm the state’s hospitals.

The Republican governor dropped the statewide mask requirement as well as limits on the number of people who gather in restaurants, bars and event venues about two months later, citing a dramatic drop in active COVID-19 cases and hospitalizations due to the coronavirus.

Burgum has said that active cases dropped more than 80% and hospitalizations decreased by about three-fourths during the time the restrictions were in place.

Fargo Man Sentenced for Role in Downtown May Riots