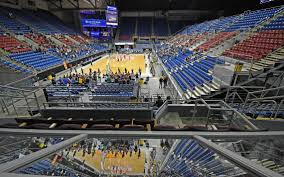 The NDHSAA Board of Directors approved these modifications, due to the ongoing COVID-19 pandemic.

For the boys and girls state hockey tournaments, the quarterfinal round will be played Tuesday, Feb. 23 at the higher seed. The semifinals, third place and championship games for both boys and girls are set for Feb. 26-27 at Ralph Engelstad Arena in Grand Forks.

Ticket information for both postseason tournaments will be released as the event gets closer. Modifications for the remaining winter postseason sports and fine arts contests will be announced at a later time, according to the Jan. 12 NDHSAA release.