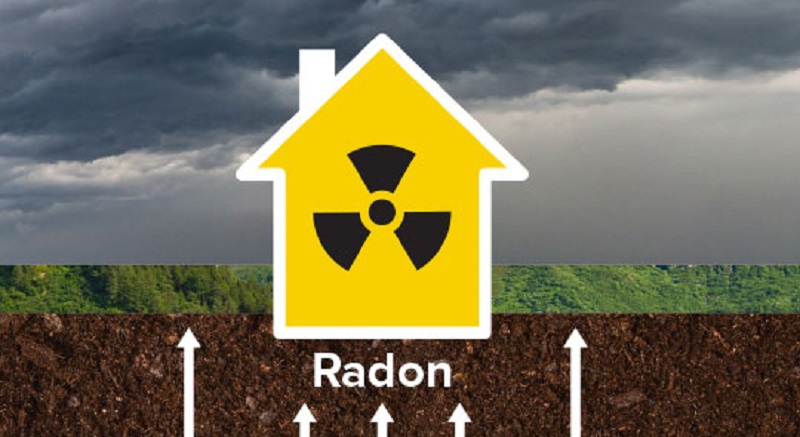 North Dakota – Living in a rural place far from cities is not enough to ensure that the air you breathe is clean and safe.

Even in North Dakota, there are air quality problems that are both obvious and serious. And without your knowledge, the radon levels in your home’s air may be harmful.

A radioactive gas with no color or smell, radon is. It is produced as a result of uranium’s organic breakdown in rock and soil.

“In North Dakota, we have a lot of uranium in our soil and we don’t know it’s there,” said the State Radon Coordinator, Justin Otto.

That explains why, in terms of radon exposure and danger, our state ranks so high when compared to the others.

If unchecked, it may cause families to run into a number of issues.

What then is mitigation? How does it operate and how can we restrict our exposure?

“When a contractor is talking about mitigating a home it’s basically installing a system that, in Layman’s terms, ends up pulling air from underneath your house and exhausting that into the outside. You’re pretty much creating a negative air pressure for underneath the house and that’s what gets rid of the radon,” said the owner of Dakota Radon Service, Ryan Lindburg.

It’s a prevalent misperception that radon mitigation is expensive. Although it does cost some money, experts feel it is worthwhile given the harm that radon may wreak.

According to HomeAdvisor, radon mitigation normally costs between $700 and $1,200 but may cost as much as $3,000 for large homes or properties with numerous foundations.

Otto informs us that there is still another persistent misconception surrounding radon.

“People think if their home doesn’t have a basement that they’re not going to have radon,” he said.

According to Otto, you run the risk of radon contamination whenever your home comes into contact with the ground. Additionally, we’re not only referring to houses for people to live in.

The state even conducts radon tests in 25 to 30 schools annually, employing roughly 200 kits per institution.

In a house, office, or school, radon is not fatal, but it is essential to test for it and take precautions to protect your family.

Approximately 700 free test kits are distributed by the Department of Environmental Quality during National Radon Action Month in January.

Even with mitigation systems in place, testing should be done at least every two to three years.

Average gas prices in North Dakota dropped to $3.97 a gallon