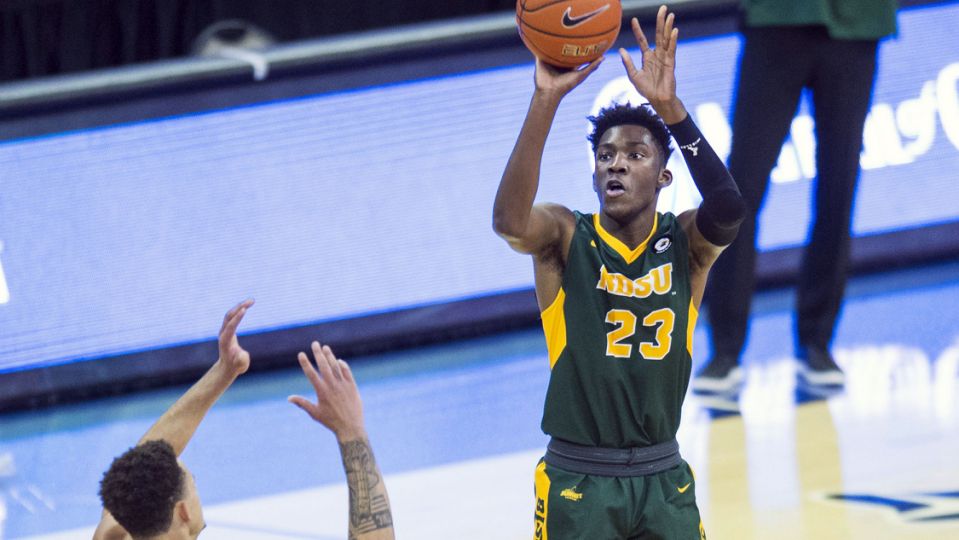 NDSU fell to 0-3 on its season-opening road trip, of which all three games were finalized and added to the Bison schedule within the past seven days. The 11-point final margin was NDSU’s closest against a nationally ranked opponent since falling 75-65 at No. 10/11 USC on Nov. 13, 2017.

Sunday’s contest was the season-opener for Creighton. The Bluejays were led by 16 points from forward Christian Bishop.

The Bison jumped out to an early 10-4 lead, but a 16-2 run by the Bluejays erased that advantage. NDSU trailed by five with 2:00 left in the opening half before Creighton closed the period with a 7-0 run to lead 36-24 at halftime.

NDSU posted a 41-27 rebounding advantage for the game, but 16 turnovers proved costly for the Bison.

The Bison will return to the court next Saturday, Dec. 5, playing at No. 6-ranked Kansas.