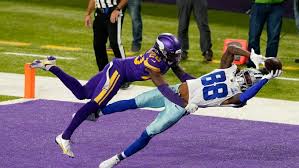 Breaking news: there was NFL football on Sunday

The NFL is almost three quarters of the way through it’s regular season, and boy has time flown by. Just thinking about the season being over makes me already miss it.

Some teams are gearing up for a playoff run, while others are looking ahead to this spring’s draft. If your team is part of the latter, cheer up because every loss puts your team one step closer to the offseason where you can foolishly get your hopes up again. If you’re a fan of a playoff team, just know a season ending loss to the Chiefs is only a couple months away. Onward we go.

Tough blow for the Bengals man. Joe Burrow was having a phenomenal rookie season before his knee blew out in a loss to Washington on Sunday. Cincinnati’s offensive line play has been abysmal all year, so gaining some protection in the face of their franchise should be a top priority next off-season.

For any Bengals fans out there, wipe those tears away. Deshaun Watson tore his ACL in his rookie season too. Since then, Watson has come back, stayed healthy and become one of the game’s best quarterbacks. Joe Burrow will return.

Despite two wins on Sunday, the NFC East is still bad.

All four teams in the division have three wins. We just got done with week 11. The world will be forced to watch one of these teams in the playoffs. Moving on.

Something is just…off about the Ravens this season. Is it Lamar? Is it the play calling? Probably a combination of both. The Ravens just seemed to catch the rest of the NFL napping last season as they rolled to 14 wins. Now the NFL has adjusted back, and the Ravens have not been able to respond.

Baltimore’s OT loss to the Titans on Sunday dropped Baltimore to third in the AFC North, and as it currently stands the Ravens are not in the AFC playoff picture. Oh, and the Ravens play the undefeated Steelers on Thursday night. Staring three straight losses right in the face, Thursday’s game is the biggest non-playoff game of Lamar Jackson’s young career.

Let’s give a tip of the cap to the Raiders. Las Vegas stood up to the juggernaut Chiefs for the second time this season, and nearly pulled off a remarkable season sweep of their AFCE West foe.

However, Patrick Mahomes remains *checks notes* good at football. The former MVP led a seven-play, 75-yard game-winning touchdown drive that looked laughably easy. There was no panic, just precision. With the Ravens forgetting how to football, and the Bills question marks on defense, it’s looking more and more like the AFC’s only hope in stopping the Chiefs lies in the hands of Pittsburgh.

RedHawks Honored as Organization of the Year by American Association