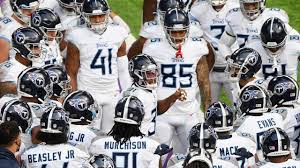 Coming into this 2020 season we had no idea how COVID was going to affect the NFL. Now, 12 weeks have come and gone, and things have gone pretty smoothly. It’s strange to have no or limited fans in stadiums and seeing players wearing masks on the sideline, but it’s something everyone’s gotten used to.

However, in the past couple of weeks, it seems like there’s been a sudden uptick in COVID related issues and controversies. It could be because the games are more high stakes late in the season, or because staff and players are getting tired of the strict protocols. Whatever the case may be, let’s take a look at some of the stories we heard in the past few weeks.

The biggest story is obviously centered around the continuous postponement of the Ravens-Steelers game. The game was originally planned for Thanksgiving and supposed to bring in some of the highest ratings of the year.

This is expected when you’re watching one of the biggest rivalries in sports. The fact that the Steelers are undefeated and the Ravens are fighting for a wild card spot makes it that much better (the other four teams playing that day were garbage).

Positive tests started coming in for the Ravens, so the NFL decided to push the game back to Sunday. The positives did not stop coming though, and at this point, at least 30 members of the Ravens organization have tested positive. This includes reigning NFL MVP, Lamar Jackson. The game was then pushed back to Monday, then Tuesday, and finally Wednesday. It’s come out that the postponement from Tuesday to Wednesday was because the Ravens players wanted a day to practice. This really upset the Steelers fans and other organizations who feel the Ravens are getting special treatment.

Now, we’re going to get a Wednesday NFL game, that a lot of people won’t be able to catch. The game will start at 3:40 Eastern time since the late-night time slot was already booked for the unveiling of the Rockefeller Center Christmas tree. It’s a sad fate for a game that was supposed to get big ratings.

The Steelers have had a lot of bad luck with COVID despite not having an outbreak themselves. Early in the season, the Steelers had their bye-week unexpectedly shifted after an outbreak in the Titans locker room. With a week-four bye, the Steelers have gone eight weeks straight and have five more to go with no off week. Now, those five weeks are going to be even worse with shorter breaks between games due to a Wednesday game day.

Another team that’s faced some hurdles is the Denver Broncos. All of the Broncos quarterbacks were out for COVID for this past weekend’s game. When the game went on at its usual time, Denver was forced to put practice squad WR, Kendall Hinton, in at QB. Hinton played quarterback at Wale Forest for a short while before switching to the wide receiver position.
It’s clear why he made the switch because Hinton had a terrible day leading to a Broncos loss. He went 1 for 9 and threw two interceptions. It could be one of the worse QB performances of all time.

After all the postponements the Ravens received, it seems unfair the Broncos was forced to play. However, the NFL came forward regarding this accusation. They found that many Broncos, particularly the quarterback group, was not following mask protocols. After one of the QBs tested positive they were all put in quarantine. Forcing the team to play was a form of punishment for not following the protocols.

The Santa Clara 49ers are facing a brand new obstacle not yet seen by other teams. The 49ers home county Santa Clara, CA put in place regulations stopping the team from holding games in the county.

This is an obvious problem since the 49ers have to host the Buffalo Bills and Washington Football Team in the next two weeks. Their solution is to pick up the team and move to Glendale, AZ. For now, they will be partnering with a local college to be able to hold practices. They’ll be sharing game day stadium with the Arizona Cardinals. To avoid scheduling conflicts their game against the Bills has been pushed back to Monday night.

It seems to be all worked out but could have some effects on a 49ers team who’s already been through so much with injuries this season. Now the only thing is to decide whether we call them the Glendale 49ers or Arizona 49ers.

To end on a happier note, the Seahawks are one of 32 NFL teams that hasn’t had a positive COVID test (knock on wood for the Seahawks fans). Pete Carrol must be running a tight ship up there in the Northwest.

Bison women back in action tonight