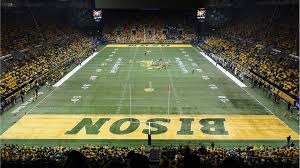 Saturday’s lone fall college football game for the NDSU Bison will feature a much smaller crowd than originally planned for.

NDSU Athletics announced Tuesday that attendance for the Saturday matchup against Central Arkansas will be limited to player families only.

“NDSU’s decision was made in the best interest of health and safety for the participating student-athletes, coaches and fans,” a news release said. North Dakota State has four home games scheduled in the spring. NDSU is still committed to having spectators at those games, if it can be done safely.