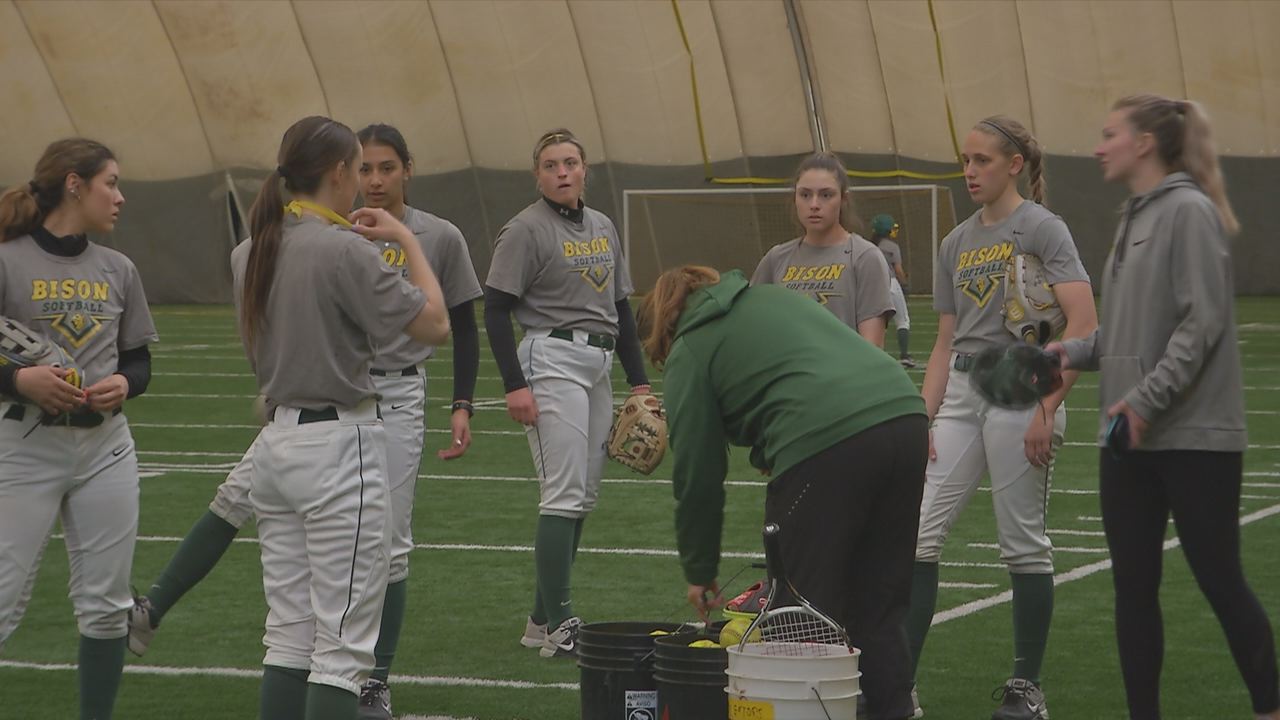 FARGO, N.D. — The last time North Dakota State Softball played at home they were busy winning a Summit League championship. That was in May of 2019. Now, almost two years later the Bison play their first series at Theraldson Park.

Playing on the home field has been kind to NDSU. Over the past five seasons the team has a 40-10 record. However, this year has started different than others..The Bison have the most losses in conference going into their home slate since 2017 and of the 19 losses, only nine the offense has scored more than one run.

Despite what head coach Darren Mueller calls being their own worst enemy through the rough start, his team is starting to find their stride.

“I’m one of those types who likes to have a constant line-up and try to build off of that but you can’t do that this year because you have to gain experience from your younger athletes and you have to give the opportunity to those who couldn’t finish their season last year a chance to play,” Mueller said. “You’re trying to balance those types of things but I think now as we get towards the middle of conference you’ll start to see a little more continuity in some aspects but you still want to give them that experience of playing at home and playing in conference game because as crazy as it sounds our sophomores will be juniors and they still don’t have that experience.”

“Being at home these next four or five weeks is going to really help us,” senior Madyson Camacho said. “Having fans at the game and actually having people to support us from Fargo and Moorhead provides that spark.”

It all starts with a doubleheader against South Dakota Saturday at noon.

Twins, Timberwolves, and Wild all cancel games in response to Brooklyn Center shooting