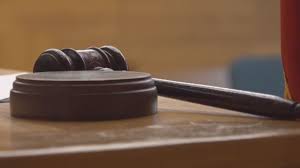 A North Dakota man has been charged with sex crimes against a minor just two weeks after police connected him to a brutal assault on Mayville State’s campus.

20-year-old Oliver Barker is charged with felony promoting or directing an obscene sexual performance by a minor, felony possession of child pornography and a misdemeanor count of sexual assault of a minor.

Documents say Barker’s cell phone was seized during a different investigation. When an investigator started going through Barker’s phone, she found a sexual video of Barker and a 16-year-old girl from December 2020. Investigators noted there were two other videos of the girl from the same day, but they were not sexual.

In a forensic interview, the victim stated she did not know Barker was video recording the acts, and said she was in pain after the acts.