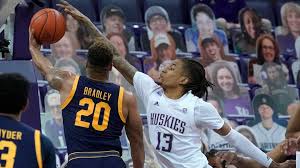 BOTTOM LINE: North Dakota seeks revenge on Nebraska Omaha after dropping the first matchup in Omaha. The teams last went at it on Feb. 19, when the Mavericks shot 42.6 percent from the field while limiting North Dakota to just 35.8 percent en route to the 10-point victory.

CREATING OFFENSE: Akinwole has made or assisted on 43 percent of all Nebraska Omaha field goals over the last five games. The senior guard has accounted for 31 field goals and 19 assists in those games.

SLIPPING AT 70: Nebraska Omaha is 0-15 this year when it allows 70 points or more and 3-3 when holding opponents to fewer than 70.

ASSIST DISTRIBUTION: The Fighting Hawks have recently used assists to create baskets more often than the Mavericks. Nebraska Omaha has 31 assists on 62 field goals (50 percent) over its previous three matchups while North Dakota has assists on 41 of 78 field goals (52.6 percent) during its past three games.

BALL SECURITY: North Dakota’s offense has turned the ball over 13 times per game this year, but is averaging 8.7 turnovers over its last three games.