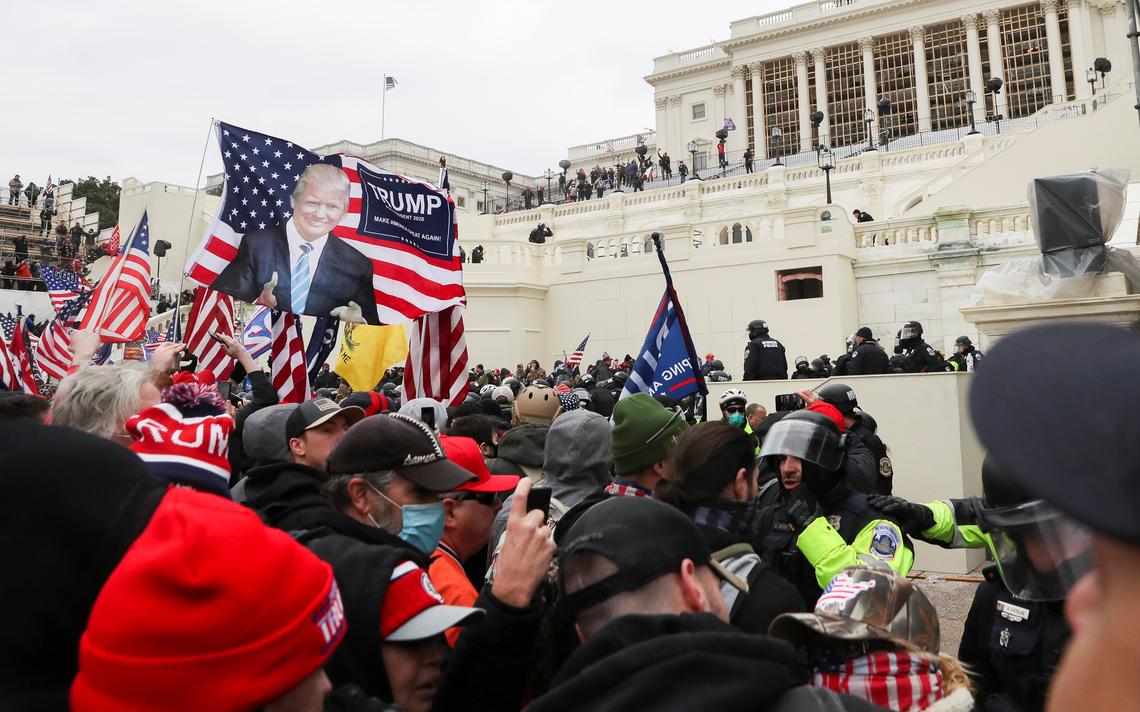 ST. PAUL — A 26-year-old Lindstrom, Minn., man was arrested by the FBI on Friday morning for his alleged involvement in the riots at the U.S. Capitol on Jan. 6.

Jonah E. Westbury made his first appearance in U.S. District Court on Friday afternoon, April 9, 2021, on charges relating to criminal acts at the U.S. Capitol.

Westbury is the third Minnesotan to be arrested in connection with the Capitol riots.

On Thursday, 39-year-old Victoria C. White, of Rochester, was arrested and charged with violent entry and disorderly conduct on Capitol grounds, impeding or attempting to impede law enforcement officers, and obstruction of justice/Congress.

She was released on conditions.

Jordan Kenneth Stotts, 31, of Moorhead, Minn., appeared in U.S. District Court in Bemidji on March 19. He is charged with knowingly entering or remaining in any restricted building or grounds without lawful authority, as well as violent entry and disorderly conduct on Capitol grounds. A judge set his bond at $25,000. He has been released on the condition that he promises to appear at his next court date.

More than 300 people have been charged in connection with the Jan. 6 siege of the U.S. Capitol that left five people dead and more than 130 police officers injured after thousands of then-President Donald Trump’s supporters stormed the building in a failed bid to stop Congress from certifying President Joe Biden’s victory.
Related Topics:
Up Next

Man charged in spate of explosions outside ex-friend’s home

Suspected murderers motion to move trial out of Burleigh County