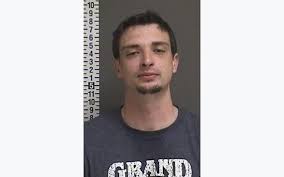 FARGO  – A Fargo man, accused of waving a gun, is in jail facing charges of terrorizing and refusing to halt after an altercation in downtown Fargo early Wednesday.

An officer on patrol was waved down by a person who said a man had pulled a gun during an argument outside the Bismarck Tavern on Broadway.

Jesse Burnett, 27, was pointed out to officers and detained as police investigated. Police tell KFGO News the incident started when a female friend of Burnett’s was harassed by another man outside the back door of the bar.

Burnett pulled out a handgun and threatened others. He attempted to walk away, but was taken into custody.

Police did recover the gun. No one was hurt. Police say alcohol played a factor in the incident.