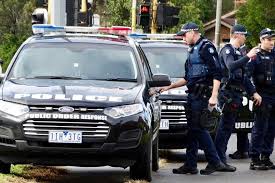 Fargo police said they have arrested a man who barricaded himself in his apartment and was threatening to kill people.

Officers were sent to the apartment about 5:30 p.m. Tuesday on a report of a disturbance. Police say the 36-year-old man was armed with a knife and was using pepper spray on an unknown number of victims.

Authorities say the man refused to communicate with police for four hours. Red Regional SWAT officers eventually gained entry to the apartment and arrested the man.

Charges of aggravated assault, terrorizing and preventing arrest are being recommended, KFGO reported.