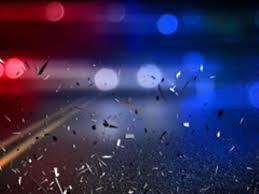 The crash was reported at about 5:20 p.m. on state Highway 1804 about 30 miles east of Williston, according to a North Dakota Highway Patrol report.

A 2006 International semi-trailer hauling gravel was westbound on Highway 1804 and a 2013 Dodge Journey SUV was traveling behind the semi-trailer. The Dodge struck the rear of the trailer and overturned on the roadway, coming to rest on its top, according to the report. The 24-year-old man and 1-year-old boy were pronounced dead at the scene. A 3-year-old boy was seriously injured and was taken to a hospital in Tioga, N.D., and then flown to Sanford Hospital in Fargo, the report said. All three were not wearing their seat belts, the report said.

The driver of the semi, Matthew Terry, 39, of Williston, was not injured in the crash.