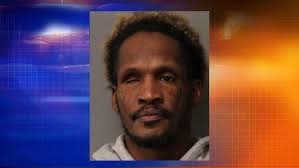 A Fargo man is behind bars after a robbery at a local motel last week.

33-year-old Jeramiah Twobear is charged with one count of felony robbery.

Court documents say officers responded just after midnight to the Motel 8 at 3518 Interstate Blvd. S. on Dec. 23 for a report of a theft. When officers arrived, they spoke with a motel employee who stated when he was making rounds of the property, he heard a noise inside the laundry room. The staffer told officers the laundry door was locked, but could still hear noises inside, so the staffer yelled through the door that he had called the police.

Documents say Twobear then opened the door, punched the staff member in the back of the head and fled with $300-400 in quarters.