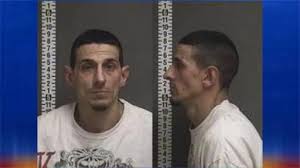 One man is facing terrorizing charges after police say he threatened his wife and two child with a shotgun, forcing them to hide in a bedroom.

When police arrived, they learned the suspect, 45-year-old Cedric Elder, was inside the home with his wife and two children who barricaded themselves in the bedroom.

Police set up a perimeter and talked to Elder, trying to get him to come out. He eventually tried to run from police, but authorities took him down.

Elder was taken to the Cass County Jail for terrorizing. The woman and two children were not hurt.
Related Topics:
Up Next

Package thefts rising across the city