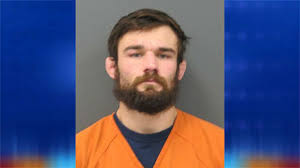 FARGO, N.D.  – Fargo police arrested a man after he nearly ran over an officer and an employee at the Perkins Restaurant at 1220 36th Street South.

Sgt. Christie Jacobsen says as police responded to a disturbance at the restaurant around 3 a.m Friday. The suspect identified as 21-year-old Tin Thanh Nguyen, fled from the parking lot in his vehicle, narrowly missing the officer and a staff member who was trying to point out the man.

Based on a description of the vehicle, officers quickly tracked down Nguyen and took him into custody.

He facing charges of DUI and aggravated reckless endangerment.