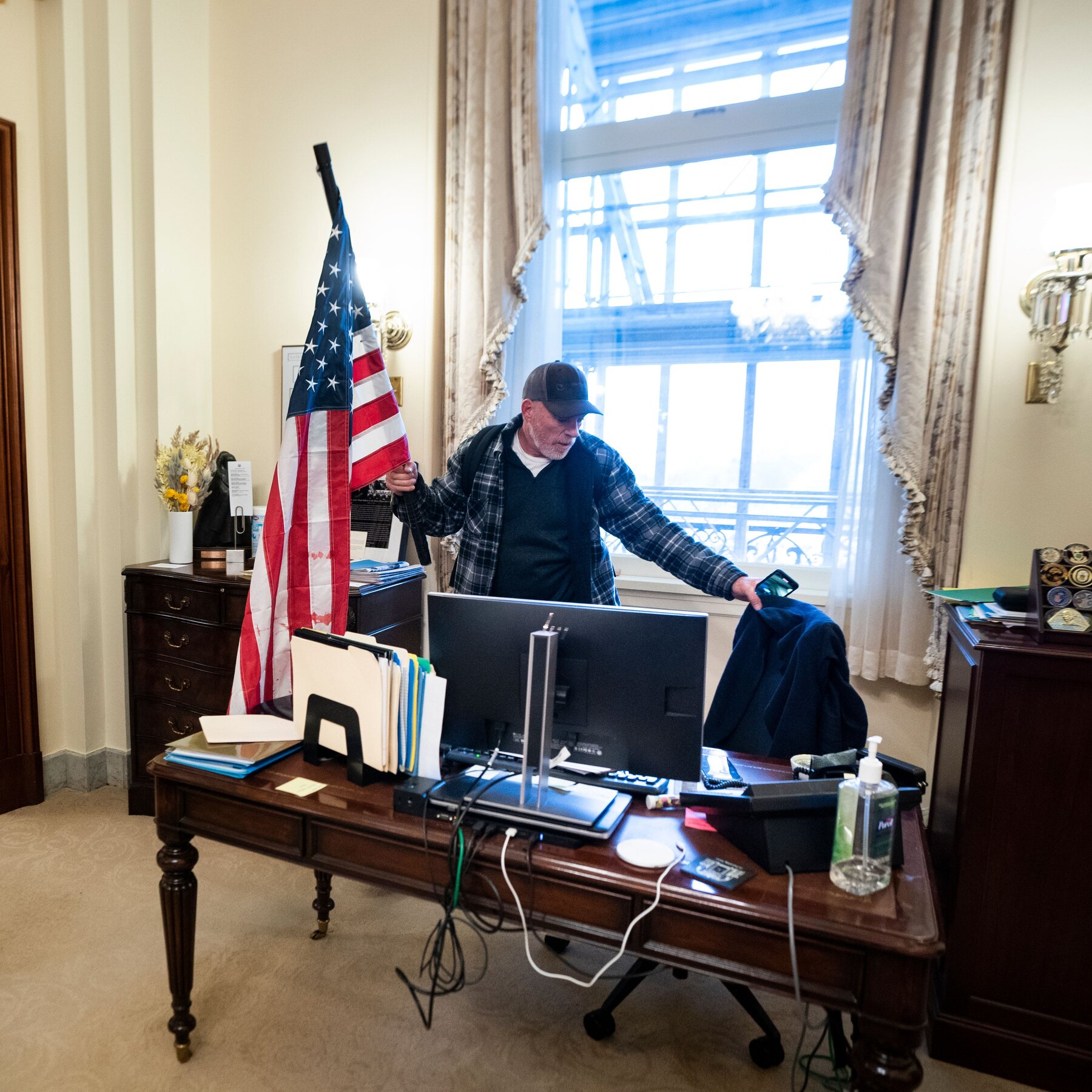 A man accused of using an ax to smash windows at the entrance of Republican North Dakota Sen. John Hoeven’s office in downtown Fargo appeared in federal court Tuesday after prosecutors released a one-page indictment against him.

Thomas Starks is charged with injury or depredation against government property for allegedly causing the damage discovered by staffers on Dec. 21. Starks, of Lisbon, about 75 miles (120 kilometers) southwest of Fargo, was also charged in state court with criminal mischief.

U.S. Attorney Drew Wrigley said his office views the offense as “an assault on democracy” but would not comment on a specific motive.

“It’s the kind of thing that we are assessing whether he had political motivation with regards to this senator and perhaps other officeholders as well,” Wrigley said during a news conference.

Tatum O’Brien, Starks’ lawyer, declined to comment when contacted by The Associated Press.

Police said Starks can be seen in security video walking up some stairs toward the entrance of Hoeven’s office. The video first shows him striking the secure lock system then hitting the windows with the ax.