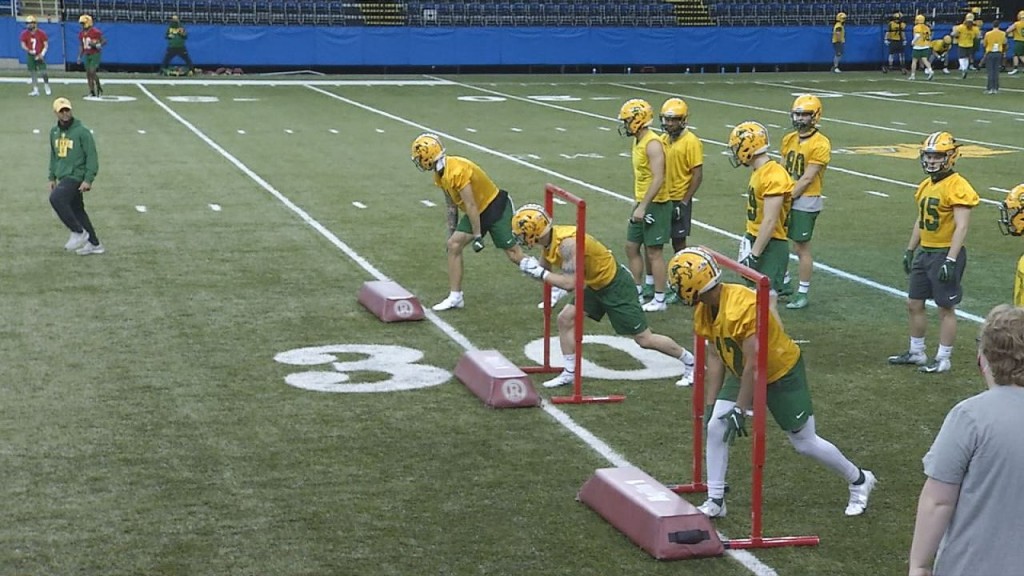 FARGO, N.D. — North Dakota State’s defense hasn’t played a full season since the departures of All-Americans, Derrek Tuskza and Jabril Cox. However, after the single game against Central Arkansas this fall, code green definitely has something to build off of.

Especially at the linebacker position. Against the Bears, Jackson Hankey, Jasir Cox and James Kaczor led the way with 26 combined tackles along with a sack and tackle for loss.

Of the three, Hankey is the only one with consistent starting experience playing all 16 in 2019. Cox missed three games dealing with injury and Kaczor was transitioning from safety.

Defensive coordinator David Braun says the sky is the limit for these three.

“Were not going to change who were as a defense from a foundation but I’ll tell you what those three guys are offly disruptive when they’re blitzing and when they’re active. With Jasir, we have to find ways to get him involved early in the game,” Braun said. “James Kaczer, there is no such thing as a bad call when you’re blitzing James Kaczor. The athleticism in that room is something were really excited about. I think something we need to continue to hone in on and improve upon is putting ourselves in great tackling positions when teams are trying to pound the football at us.”

Hankey was named one of the five captains along with Zeb Noland, Logan McCormick, Josh Hayes and Cordell Volson.