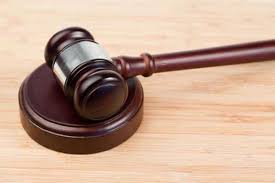 FARGO — A Fargo lawyer who says he fell and suffered serious injuries while jogging on a city sidewalk and bridge deck crossing has brought a lawsuit against the city hoping to recover medical expenses and other economic losses.

Alan C. Erickson, who has been practicing law in Fargo since 1993, said he didn’t know why his civil personal injury case was being made public by being included in the Fargo City Commission agenda packet.

Usually, such cases are settled privately, he said.

However, since the August 2018 accident, he said there’s been “no reasonable communication” about his claims, so he served the city papers late last month.

Assistant City Attorney Nancy Morris wouldn’t comment on the case but said the city has turned it over to the North Dakota Insurance Reserve Fund — a statewide agency that handles a wide variety of claims against local governments. This is the usual practice when the city is sued, she said.

The accident happened in south Fargo near 45th Street and 40th Avenue on a crossing deck over a drainage ditch, Erickson said in documents. Erickson claims he fell abruptly when the toe of his right shoe became planted and stuck behind a ridge created by a sidewalk that was at a much lower level than a bridge deck crossing.

Erickson claims the fall broke his glasses and left him with cuts and abrasions to his face, hands and knees. The primary injury, however, was to his right hand, including a broken pinky, a dislocated middle knuckle and damage to his right palm, he wrote in the case he’s handling himself.

Erickson said his injuries to his right hand were permanent and caused disfigurement. Because of the injuries, he said he sustained economic losses, pain and suffering, disability and disfigurement.

He said his injuries are interfering with his ability to operate his computer and play the piano and is seeking $50,000 or more in damages from the city.

The city accepted a motion on its consent agenda to receive the summons and complaint and agreed to turn the case over to its reserve fund lawyer.

Erickson said the reason he continues to pursue the case is for the public good.

He said he noticed in the last couple years the city has been taking better care of pathways that have similar structural deficiencies. After he pointed out the sidewalk problem where he received his injuries, he said the problem was corrected “pretty quickly.”

“I think it prevented more people from getting hurt, maybe two, three or five people,” he said.

100 years ago today, white women won the right to vote