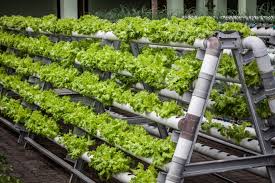 Within the first few inches of topsoil lies a bustling community of “soil bugs,” as Shalamar Armstrong calls them, laughing. These soil microbes can help Indiana farmers reduce inputs and improve profits if they manage their soil carbon properly.

Carbon is found in all organic matter and is essential to every biological process. For Indiana farmers, carbon should be at the forefront of any soil health management practice.

According to Armstrong, a professor of agronomy at Purdue University, carbon impacts the physical, biological and chemical properties of soil. By controlling amounts of soil carbon, farmers can influence these properties to promote robust and diverse soil microbes.

At Purdue, Armstrong researches how various farming practices will impact soil microbiology populations, composition and diversity in the Corn Belt. His current focus is on cover crops. Not all cover crops contribute to soil health equally, he says.

When cover crops are decomposing, they release nutrients back into the soil at different rates and amounts. That rate of release is also called the nitrogen turnover, and it’s highly dependent on the carbon-to-nitrogen ratio of cover crop residue.

“Who facilitates that decomposition?” Armstrong asks. “It’s the soil microbe.”

If there is a high carbon-to-nitrogen ratio in the cover crop residue, such as in cereal rye, the soil microbiome uses that residue very slowly as the crop decomposes. On the other hand, if the cover crop residue has a lower ratio, such as in crimson clover, the microbiome metabolizes the residue much faster. Nitrogen is released into the soil faster.

There are other variables that affect how fast the microbiome will work, Armstrong says. Warmer soil temperatures, higher amounts of residue and more moisture speed up decomposition.

Ultimately, increasing soil carbon depends on what Indiana farmers plant. Certain cover crops will not increase the soil organic matter because they metabolize too fast, so there is little to no accumulation of carbon. Farmers should instead focus on overwintering cover crops such as cereal rye, which has a higher carbon-to-nitrogen ratio. These crops slowly decompose and increase organic matter.

For Rick Clark, a fifth-generation farmer from Warren County, Ind., prioritizing soil health is not a question, but a requirement for his operation. After a soil erosion event on his operation, Clark has been no-tilling for the past 15 years and planting cover crops for the past 11 years.

“We will never chase yield on this farm,” Clark says. “I don’t think that’s wise.”

Instead, Clark chases soil health through innovative conservation practices such as planting corn and soybeans into a blend of living, green cover crops. He refers to his practice of using no chemicals, fertilizer or tillage as “regenerative stewardship.”

“I mean, it’s about our lives,” Clark says. “I don’t care about yields. I care about return on our investments.”

According to Armstrong, the investment in carbon and soil health will make Indiana agricultural systems more efficient at using inputs like fertilizer. When healthy soils contribute the essential nutrients that crops use, farmers do not need to use as much fertilizer to produce the same or more yield.

By using less but growing more, farmers can improve their profit margins and promote sustainability. According to Clark, his operation has saved $820,000 annually by decreasing inputs.

“So, you reduce inputs; you save money,” Clark says. “You put money in your pocket, and you’re being a good steward to the land.”

Healthy soils can also reduce greenhouse gas emissions, according to Armstrong. Soils can act like a bank to store carbon, which will decrease the amount of carbon dioxide that is released back into the atmosphere.

These two practices together work to accumulate carbon at the greatest rate over time, Armstrong says.

It’s great for farmers to think beyond just the main crops they grow and to think sustainably about soil health, Armstrong says. The alignment of both above-ground and below-ground soil health management will make operations more productive. Carbon is key to that management.