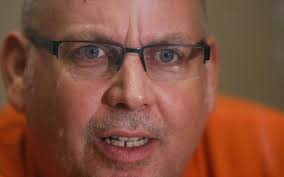 (Fargo, ND) — The fate of a Fargo man accused of killing his girlfriend has been decided.

A jury took only one hour to deliberate Friday morning before finding 46-year-old Sheldon George Davis guilty of all charges in the killing of his former girlfriend, 52-year-old Denise Anderson.

Davis faced felony charges of murder, arson and endangering by fire or explosion in connection to the August 1st, 2019, death of Anderson.

Prosecutors argued Davis killed Anderson with a broken cast iron skillet because she reported to police he raped and stalked her, as well as vandalized her car.

The defense asserted the state didn’t meet its burden to prove beyond a reasonable doubt that Davis was the culprit. Citing “a lot of unanswered questions,” defense attorney Jared Gietzen noted officers did not analyze the rug on which Anderson was found.

Davis remains in custody at the Cass County Jail until he is sentenced, which could take upwards of a month.

Murder, which is a Class AA felony, could result in a maximum sentence of life in prison without parole.

Police: Teen Arrested in Fargo For Shooting a Man In The Back