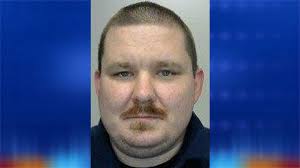 The Fargo Police Department is warning the public of a High Risk Sex Offender in the Area.

Gordon has been convicted of Sex Crimes against Minors three different times.

The most recent conviction was in 2007 in Morton County.

His victim there was a 16-year-old girl.

He has also been convicted twice in Cass County, the first being in 2003 for attempting to lure a minor by computer, which was actually a police officer posing as a 14-year-old girl.

He was convicted in Cass County again in 2004, this time for Corruption of Minor.

The victim was a 16-year-old girl.

Gordon is a lifetime registrant and considered a High Risk Offender.