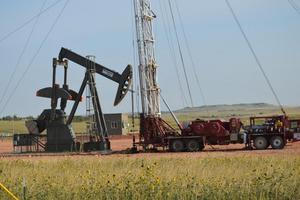 BISMARCK – A man accused of lying to investigators about the 2014 death of an oilfield worker in North Dakota has pleaded guilty in federal court.

Stephan Reisinger, of Kalispell, Montana, is charged with obstructing an Occupational Safety and Health Administration proceeding stemming from the death of 28-year-old Dustin Payne, of Hazel Green, Alabama. Reisinger was a maintenance manager for Houston-based Nabors Completion and Production Services.

Authorities say Payne was welding inside a tank that had not been properly cleaned and vented, as required by federal law. The welding equipment ignited vapors, causing an explosion. The plea agreement says Reisinger made false statements about his knowledge of the chemicals that were in the tank.

Armed man who made violent threats arrested in Williston