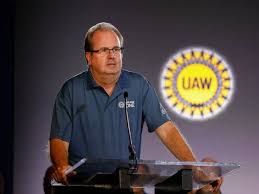 FARGO – A former officer in a North Dakota labor union is accused of embezzling more than $107,000.

According to court documents, the assets were stolen between January, 2012 and October, 2017 while Waldoch served as the union’s secretary-treasurer.

Waldoch was arrested Friday in Fargo. A trial is scheduled to begin March 31.

The union’s website says SMART has 700 local unions and councils in the United States, Canada and Puerto Rico.

ND passenger boardings up 12% in January