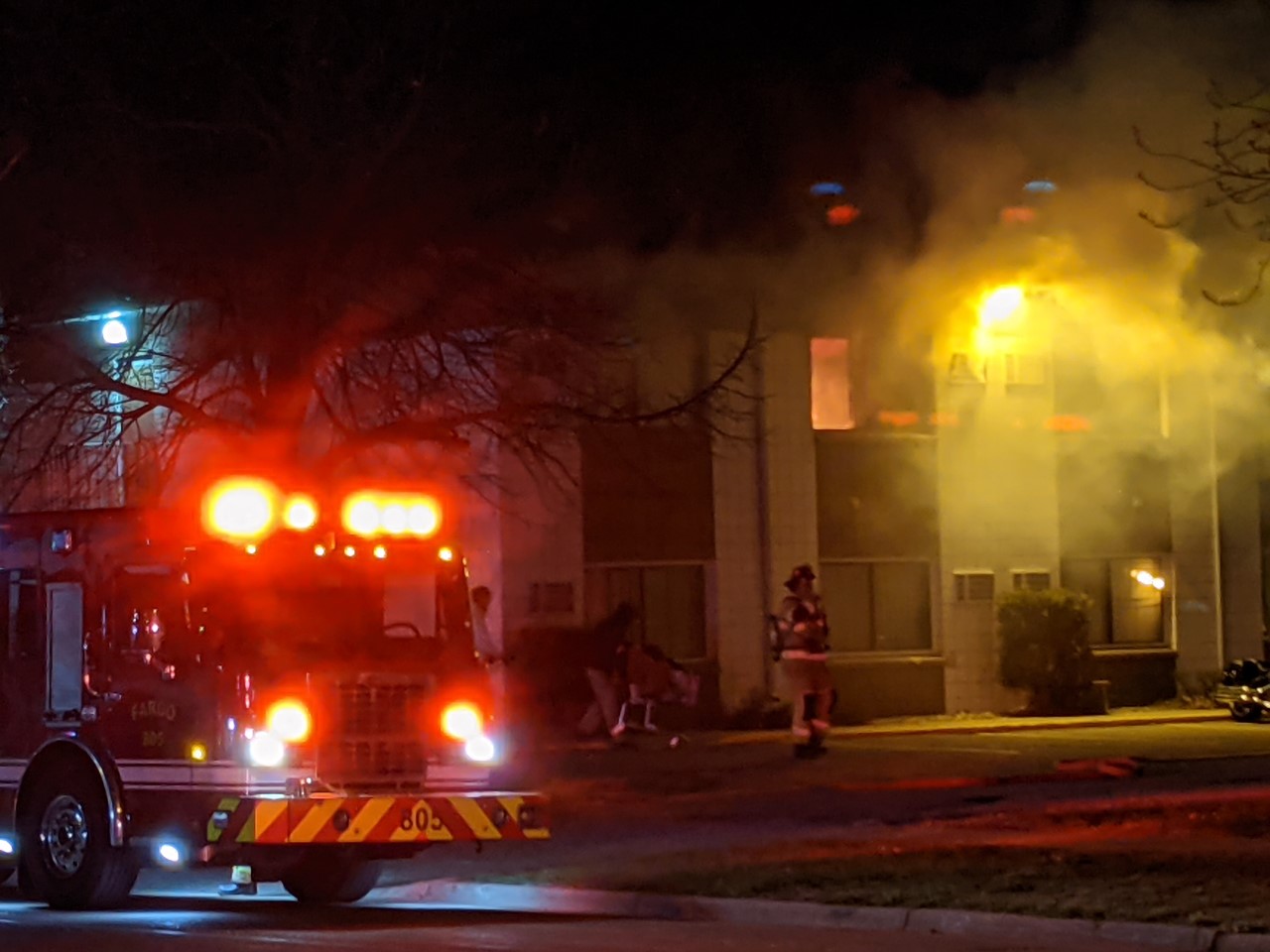 FARGO, N.D. — Firefighters in Fargo are investigating how a blaze broke out in a hotel room early Saturday morning.

The Fargo Fire Department said in a news release that firefighters were called to the Grand Inn Hotel just before 5 a.m. and saw flames coming out of a window to a second-floor room.

Firefighters called for back-up, anticipating a large number of rescues but they extinguished the fire in seven minutes and learned all the hotel’s occupants evacuated on their own.

No one was injured and damage was limited to just the room and and an adjoining room.

The cost to repair the damage is initially estimated at $25,000.

Man dies after crashing into barrier on I-29 in Fargo

Two motorcycle riders hit by vehicle in Fargo, one person in serious condition