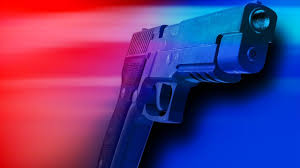 BELCOURT, N.D.  — The FBI is investigating after police fatally shot a man on a North Dakota Indian reservation over the weekend.

The FBI responded to the shooting at a private home in Belcourt on the Turtle Mountain Indian Reservation late Saturday night and into early Sunday.

The man who was killed is identified as 35-year-old Brandon Laducer of Belcourt.

The FBI is investigating the circumstances of the shooting. No other details were released.