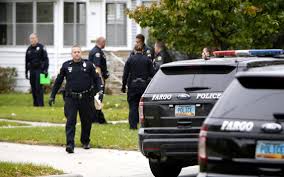 FARGO, N.D.–The Fargo Police Department is searching for a man who stabbed someone and then fled early Wednesday morning.

Police say a woman living in an apartment building in the 3500 block of 28 Street South had a man ring her apartment and say her car alarm was going off.

The woman and a friend of hers went to investigate the alarm. When they returned, they found a man hiding in the apartment.

The woman’s friend confronted the man and was stabbed. The friend was treated for non life-threatening injuries.

The man fled the scene and police were unable to locate him. Fargo residents are asked to use caution when answering buzzers and doors, and to lock all doors when leaving.