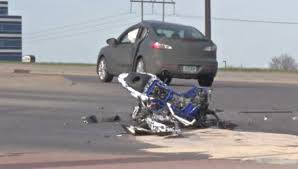 A sheet had been placed over the victim at the scene in the 4100 block of 12th Ave. N. Traffic was rerouted as police began their investigation.

Police, Fargo fire and FM Ambulance responded to the call just before 4:20.