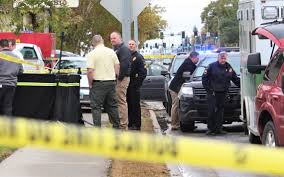 FARGO, N.D. – Fargo police are investigating the death of a man found outside the M & H Convenience Store at 1602 Main Avenue.

Police spokeswoman Jessica Schindeldecker tells KFGO News, an officer responded to a report of a disturbance there Wednesday shortly before 9 p.m.

The man was found unresponsive and taken to a hospital where he died. Schindeldecker says the initial investigation indicates the death was not suspicious.

More information is expected to be released later.

Death of man found south of Main Ave. in Fargo not considered suspicious